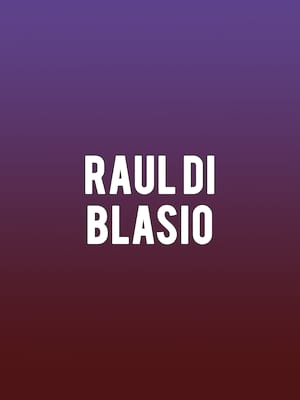 When Argentine piano virtuoso Raul Di Blasio sits down in front of a grand piano, the unlikely star blows away the audience with heart melting songs that don't need translation. Added to his stunning technique, his innate sense of charisma has marked him as a Latin pop crossover apart from the salsa, mariachi and banda music that dominates the scene. Don't miss the talented ivory tickler when he hits North American shores on tour.

Beginning his musical training at age six, Di Blasio was immersed in a world of tango, bossa nova and classical European composers like Rachmaninoff and Beethoven. When he discovered the Beatles in his teens, his love for western pop greatly influenced his melodic choices and would shape his blossoming four decade career. Keep an ear out for career-defining hits like Corazon De Nino, Otonal and Luna de Paris.

Sound good to you? Share this page on social media and let your friends know about Raul Di Blasio at Plaza Theatre.